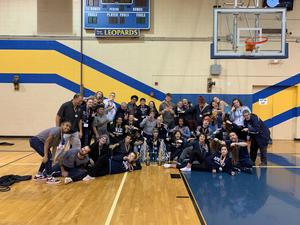 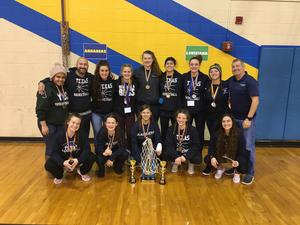 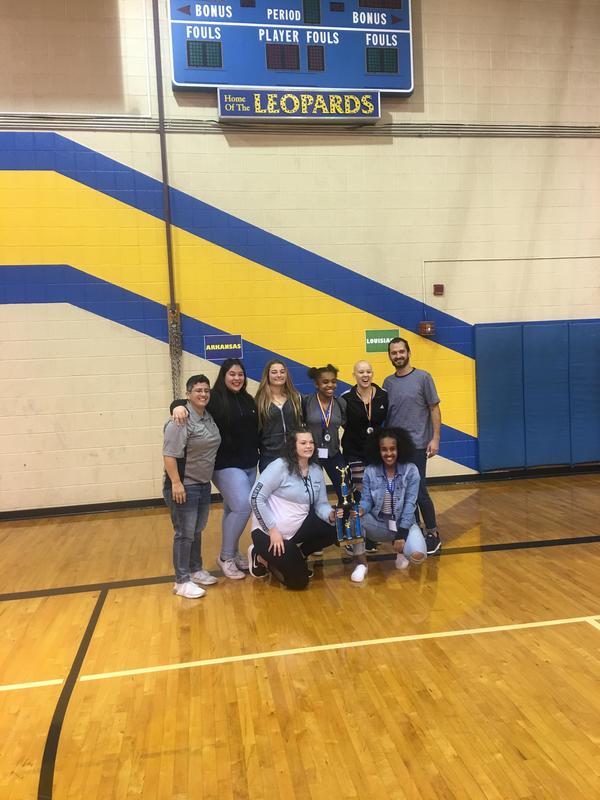 Boys Basketball
After playing our first two games on schedule with a couple of starters absent, we finally had a full team when we travelled to Arkansas. Our team won all three events: Free throw contest, three point contest, and the tournament.
In our first two games against Arkansas and Louisiana, the players all played equal minutes as we cruised to victory over Arkansas & Louisiana. In the championship game against Oklahoma who were also 2-0, our players dominated the game and five players scored more than 10 points.
TSD d. Arkansas - 67-18
TSD d. Louisiana - 51-24
TSD d. Oklahoma -  82-48
Record: 4-2
Andy Donatich

Girls Basketball
Our Lady Rangers basketball team travelled to Little Rock this past weekend to compete in the annual Southwest Classic.  The team started off the weekend participating in the Free Throw and 3-Point Competitions.  The team combined for 54 total free throws out of 100 to win the competition.  The 54 total free throws was the highest team score of the competition, including the boys' side.  Our three 3-Point Competition shooters were Leila Sicoli, Brianne Leiker, and Ashlene Etkie.  The trio combined for 5-of-15 (33%) which was enough to best Oklahoma (4), Arkansas (2), and Louisiana (2).

Our team played balanced basketball with disciplined defense, smart offensive possessions, and high level execution of the game.  Each player that went to Arkansas contributed significant minutes and contributed to our success.  We look forward to carrying that momentum to the three important upcoming games before winter break.

Our record is now 13-0, best start in school history.  We look forward to seeing you at the games!

The Cheer team travelled to Little Rock, Arkansas for the Leopard Classic. The cheer team cheered for 6 TSD basketball games in total (girl and boy varsity basketball)! During the cheer competition, we came in second place! We will continue to get better. Congratulations to Kourtney Dolliole and Annabelle Scroggins for earning the All-Tournament awards.