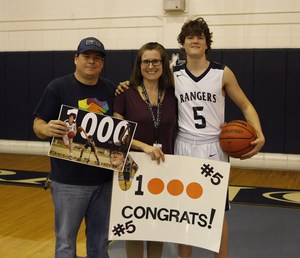 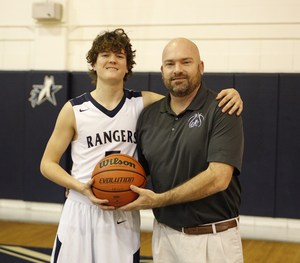 Click on pic for more info.
Dylan is the 11th player since the 1960's to score at least 1,000 points.
"Dylan is one of my top 10 all-around players that I have coached over the past 20-something years.   You would not be able to find a kid who works as hard as Dylan.  He would come to the gym early most mornings before school to work on his shooting.  With this being said, it's no surprise that he led the team in scoring.  He was also selected as District MVP.   I am not sure if there was any TSD boys basketball player who was selected for this honor before, but for sure, he is the first player to be recognized for this honor since I started coaching here at TSD in 2001."
Coach Chris Hamilton
Congratulations, Dylan!