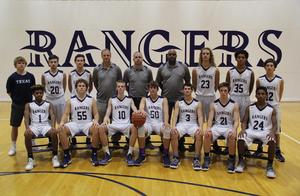 On Thursday, we played a tough New Mexico  team and a 6’10” guy. We led by only four by halftime, but we went on to win the battle in the second half as we won 61-46.
We faced Indiana in the semifinals and we led the entire game until the final minute which Indiana found a way to claw back in and steal the game with a 9-1 run. The loss was devastating for everyone of us. We had to move on quickly as we had to prepare for the third place game against Model Secondary School for the Deaf (MSSD).
MSSD team played really hard and we finished the tournament in 4th place.  Our record stands at 11-9.
Jonah Hazelett was the lone selection to the all tournament team.
Andy Donatich
TSD ewBoys Basketball Coach