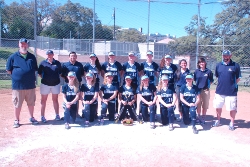 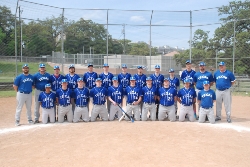 Despite 10 years of hibernation, we decided to re-establish the baseball program with a push by a group of motivated baseball players and their parents.

On Thursday, we beat Maryland (13-2) and lost to Fremont (3-8) during the pool play.  Entering the tournament bracket as number one seed on Friday, we beat Indiana (5-2) in the semi-finals.  Lastly, we faced the MSSD team in the championship game; however, the boys defeated an exciting finish against MSSD (9-7) behind a strong pitching performance by Austin Sliva-Wynne!

Despite lack of having a ball field on campus as well as having equipment for baseball, it was pretty amazing to witness them play an outstanding baseball game throughout the weekend!

TSD Softball team went undefeated in the pool play, defeating MSSD (5-0) and Fremont (17-2).  On Friday, they faced Indiana in the semi-final.  TSD kept the game tied utill the last inning where they scored 6 runs.  The team then played against Fremont and won 3rd place (7-2).

Senior Alexandra Muller and Freshman Emma Giuntoli were selected for the All-Tournament team.

Much kudos to all players and coaches for their excellent performance over the weekend.

Hoy XVI tournament will be held in Austin next year.