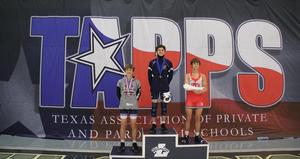 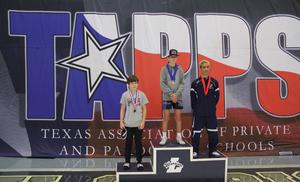 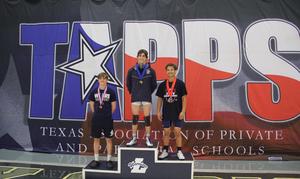 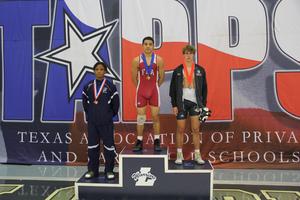 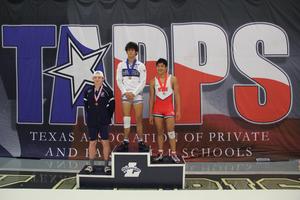 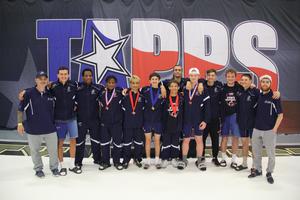 The TSD wrestling team went to Argyle, Texas the past weekend to attend the TAPPS wrestling championship. TSD brought 11 boys to compete last weekend, out of those 11 boys 6 of them placed in the top four at the tournament! The coaches were very happy with the results the boys had, especially with Covid, TAPPS postponing our season, and losing so many meets and tournaments this year. With only two small tournaments and a handful of practices, having the boys finish in the top four in team points which is our best since 2000 is amazing!
Individually we had 5 boys that finished in the medal round including our TAPPS champion- Zefan Nathanson finished first at the 113 pounds class. Brandon Brentham(120lbs) and Hawkins Morgan(106lbs) grabbed second, Titus Sterling(126lbs) and Zachary Hurt(182lbs) both pulled awesome upsets to win third place. Last but not least, Shadow Tollison also finished at fourth place.
Coaches Brian Laird and Ilan Ben-Moshe