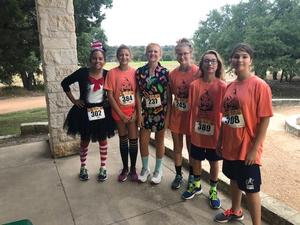 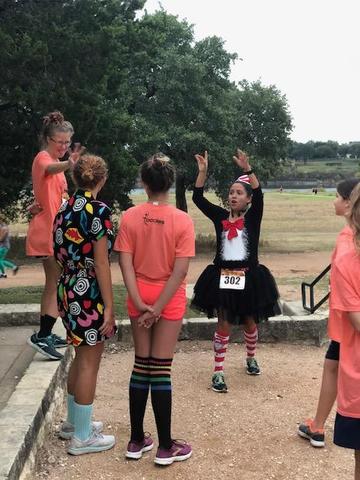 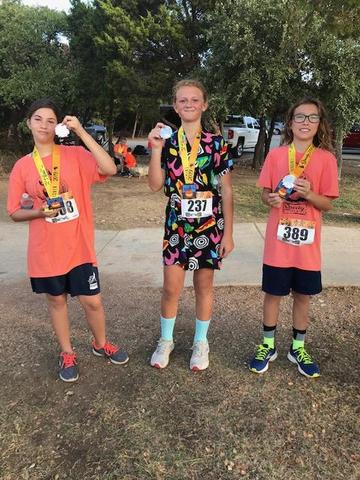 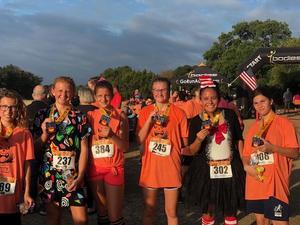 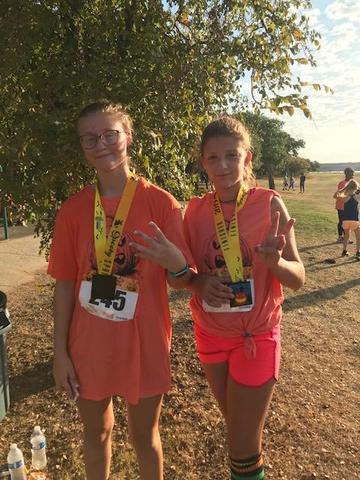 Our Middle School Cross Country team put their name on the map this past Saturday at Cedar Park's Spooky 5k Sprint. The team has been working so hard in the tortuous heat this season that Coach Luna decided they needed to mix things up with throwing in a 3 mile course around the beautiful Brushy Creek Park.
It wasn't an easy break for the team as they pushed through 3 miles, which they're only used to running 2 miles during meets, against some of Austin's competitive runners. Ending with GREAT TIMES and with some runners placing.
TImes:
Niven Zhang - 24:27 (Placing 2nd in his age group)
Jeanique Davis - 27:32 (Placing 2nd in her age group)
Kristen Medrano - 29:05 (Placing 3rd in her age group)
Celest Yevich - 33:54 (Placing 6th in her age group)
Rylee Drumm - 29:13 (Placing 4th in her age group)
CONGRATS TO ALL OF OUR TSD RUNNERS! We're proud of you!
Coach Luna